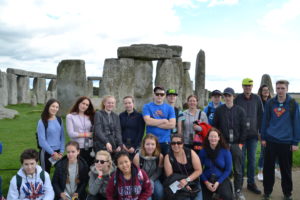 Stonehenge was built for about 5000 years ago in Wiltshire 300 years before the Egyptians build the pyramids. There’s two types of stones, the sarsens and the small stones that’s called for the “bluestones”. We are not sure how the stones came or who built Stonehenge but some people believes that Aliens have built it but there’s really no proof and some believes that more than half of the stones is missing or just have fallen over, those who built it must have been really careful of where the stones should be because it’s exactly aligned with the midsummer & midwinter solstice, and also aligned with the northerly setting and southerly rising of the moon. The people that lived thousands years ago may have buried ashes from the dead people at Stonehenge.

Stonehenge hasn’t always been looking like this, for about 50 years ago people moved some of the stones so they’re laying on each others, but no one really talks about it so that’s why we believes that the stones always have been like this and no one’s touched it since 5000 years back. 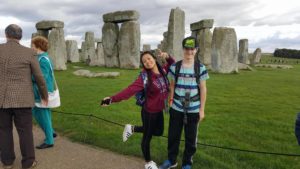